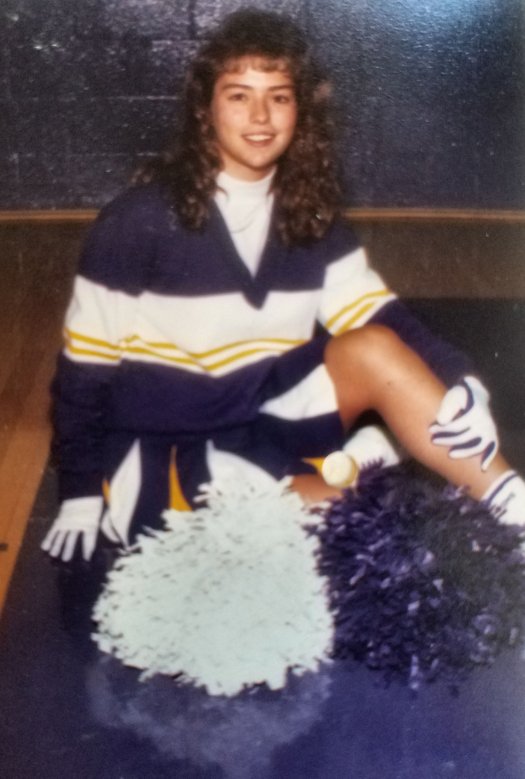 When I started writing my story, the goal was to document my life before I forgot it. I’d never written anything substantial so there wasn’t much planning involved. Figured I would just type away and see what happens, never thinking about who I might hurt along the way or how this would affect my career. Up until my early 30’s, I was far from an angel so as I was writing it occurred to me that maybe it would be a good idea to leave most of the naughty details out, which brings me to the 5 years I spent in Tampa.

For those of you who have been following me, thank you and for those of you who are new, you’re in luck because this blog is going to catch you up on everything you’ve missed. But I would encourage new readers to go back and have a look at my posts so far, they’re pretty funny! Sorry M.L.T fans, I know you were waiting patiently for more juicy breakups and stories of me crashing and burning, but you’ll have to wait just one more episode.

Tampa was crazy, experimental, life changing, embarrassing, heart breaking, full of deception, fun, sad, dangerous, adventurous, nutty, sexy, unbelievable and loaded with mistakes, but most of all, it was the best and worst experience of my life and I wouldn’t change a thing. All of the people involved would most likely want me to keep the details to myself, which is why it’s a tough story to write. But knowing a bit more about me and where I came from may help you to appreciate why those years had such an impact on my me and how they helped to mold me into the person I am today.

My parents divorced when I was 3 therefore the weekends were spent at Dad’s and with him being a Marine, the house was run military style. We behaved the majority of the time otherwise, we got the belt. Back in the day, parents were allowed to discipline their kids and although you may not agree, it put the fear of God in us knowing that a few lashes on the ass with a leather belt was the result of our disobedience. If it wasn’t for Dad, I may not have ever learned how to behave.

During the week we stayed with Mom which was a whole different ball game. She worked night’s which gave us the freedom to roam the streets and do what we wanted. I can’t speak for my siblings, but I know I was in all kinds of situations I shouldn’t have been and luckily was never caught or seriously hurt. Being unsupervised allowed me to make bad choices which were a great way to learn and earn my independence. It’s definitely what helped me to survive and make it on my own all these years.

If you knew me when I was young, you would never recognize the person I’ve become today and that is a wonderful thing because I was a selfish jerk, a mean drunk, not respectful to my mother, clueless, broke, out of control, unhealthy, lost, hopeless, jealous, insecure and made very bad decisions when it came to boys. The worst part was that in my mind, I was awesome! Did I have regrets……absolutely and once I snapped out of the mindset that the world revolved around me, it was time to make amends for my crimes, and that’s what I spent my 30’s doing.

Let’s begin with selfish! Sharing my toys with the other kids wasn’t the problem; it was more the type of selfish that involved not caring how my actions or reactions affected others. What I regret the most is how I treated my mom. She worked her ass off as a waitress/bartender in the worst part of town her entire life and I never appreciated it. Looking back it seems as though ‘entitlement’ was why I acted the way that way. ‘Carrie was special and should get whatever she wants, all the time’, PERIOD. Take food for instance, I hated onions and mom loved to put them in everything. Funny part is that I’m not sure I ever even tried one, just didn’t like the way they looked, smelled and assumed the texture was awful so if mom didn’t make a separate plate for me without them, there was hell to pay. Never mind the fact that she had 10 million other things to handle besides just making a living like laundry, housekeeping, grocery shopping, cooking, resting and worst of all, dealing with us kids fighting 24 hours a day. Oh and school, ugh, since she wouldn’t get home until 1 or 2 in the morning, mom would sleep in and count on us kids to get ourselves up and to school each day. That was a joke! At least one morning a week her slumber was disturbed by the sound of the phone ringing with the school on the other end asking where one of us was. And my tantrums, the tantrums were endless and over the most ridiculous things. There was door slamming, guilt trips, yelling, threats and worst of all, I truly believed I was the victim. Over the years I’ve come to love onions and all the other foods I hated as a kid and since have I’ve apologized to her many, many times for my actions.

Out of control, unhealthy, lost and hopeless can all be lumped into one category. Being insecure led to dating anyone who would give me the time of day and so pretty much 90% of the boys I dated were mistakes. He could be 25, living at home, selling drugs for a living and not have a car, but if he loved me, that was all that mattered. This stemmed from being brainwashed by Cinderella and all of her fairy tale friends into believing that all happy endings had to do with being saved by a man. The primary goal in my life was to find Prince Charming and have his babies. But in the end, all of those experiences helped me to date better in my 40’s, but at the time the pain and heartbreak were very real and with every failed relationship, I became more and more lost. Which of course could be remedied with tons of partying and even more bad decisions.

‘Career’ wise, I was all over the place. In high school there was McDonald’s, college and my early 20’s consisted of waitressing, sales, babysitting and various clerical jobs which in the end, were all beneficial with how I make money today. At 23 I scored a job with AT&T which is what allowed me to transfer from Georgia to Orlando to chase a boy and then from Orlando to Tampa in order to run away from a boy.

Which brings us to 1997 where at the young age of 25, I packed up everything and headed for Tampa to work in a brand new AT&T office!! I didn’t know anyone so a friend of mine from Orlando put me in touch with their friend who was a Police Officer. He agreed to meet me out my first weekend in town with his best friend and thank goodness because I was not yet the type of person confident enough to go anywhere by myself. It was that night that I would meet the first of many people who ignored the bad and gave the good in me a chance to shine…

Becoming you´re own boss Being a kid in the 70's and 80's breaking up bullyinginthe80's dating at work Dealing with the wealthy From having a boss to being you´re own boss! getting engaged for the wrong reasons getting engaged too fast getting fired Getting your heart broken in your 20's going out alone abroad hanging with celebrities How I broke free and chased me dream! How I broke free and chased my dream! I wasn't book smart, I was street smart leaving a great relationship for a job Moving away from home moving in too fast Nice, France Partying with your boss Private Jets Sexual Ignorance traveling abroad alone Traveling abroad for the first time Uncategorized working on super yachts You can change your life at any age You don't need a man to be happy Young Love